Strange lights captured all over the place

Strange lights have been captured all over the world in cities from Rome, Moscow, London, Sydney and Los Angeles.

The lights have been described as “luminescent objects” and have been seen “hovering” or “floating” above city centres. One man described the lights as “Looking almost like stars, but not quite”.

Reports first started flooding in on Sunday night after two London residents spotted the lights as they were walking their dog home from the park. The pair said they tried to capture the lights on their phones but bizarrely when they checked back after recording the incident nothing was visible except for the night sky.

The incident went viral after John and Alison Allsopp read about it on facebook and afterwards John a small town local radio host took to the airwaves to ask if anyone else had seen the strange lights. “We got flooded with calls said John, the whole screen just went crazy with call after call, everybody had seen something”.

Not long after that “the whole thing just blew up and turned into a world wide event” reported senior police constable Mark Andrews with the Dulwich Police Station who was asked to attend one of the sights where the lights had first been witnessed.

“By the time I had gotten there to investigate, the lights must have zoomed off into the distance because they reminded me of a time I lit Chinese Lanterns as a kid, it was kind of surreal to be perfectly honest” explained Constable Andrews as he recounted the bizarre experience.

It was not long after that the lights were picked up in Rome and Moscow at the same time, shortly after they were seen above Sydney, Los Angeles and then Rio de Janeiro.

The U.S. Air force declined to comment. As did the Navy.

Previous Illuminati Symbolism Coming to a Wall near YOU!
Next New World Order Struggling for World Order 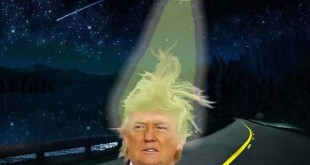 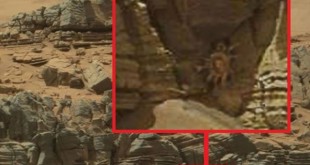