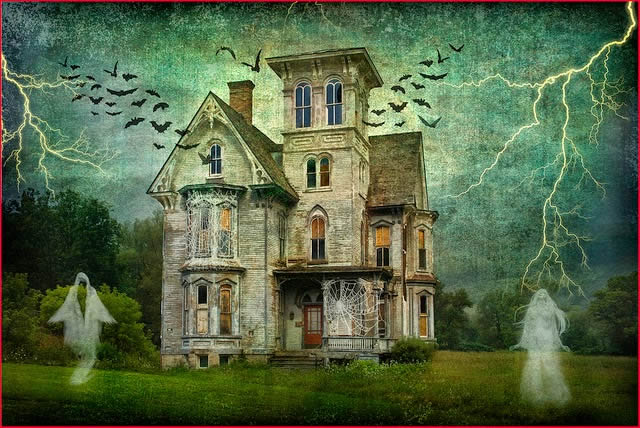 Newlyweds Dan and Sandy Klinger from Beverly Hills had just returned from grocery shopping when they decided they would go upstairs for a ‘quickie’ as Sandy puts it.

‘It was kinda surreal’ says Dan a 28 year old accountant who likes being on bottom as he recounts the memory ‘one minute i’m sitting there or should I say laying there with my wife on top of me and the next, I got this evil f*cking ghost looking at me and its just sitting there going wham wham wham.’

They say the ghoul realized he had been caught, finished himself off and then just vanished straight up into thin air leaving Dan and Sandy shocked, scared and mostly…violated.

Asked if the ghost is violent in any way Dr Clientele said ‘Not that we know of, they just like to watch people have sex. What we can’t figure out is how they are able to see. Technically they don’t have eyes.’

Dr Clientele also offered up these last words of advice ‘If you get caught in the act by a huffer puffer the best thing to do is to continue doing it. Dont make a big deal out of it, eventually they go away on their own, but if you get shocked and appear frightened they like to hang around, they are ghosts after all.’

TLP asked Dr Harvey Clientele what tips he had for continuing the act of sex after experiencing something like this ‘just do what you do when your cat or dog is in the room, just pretend they’re not there and don’t make eye contact’.

The saddest part of this story is that it will never even make the mainstream media news. Because ghosts are not supposed to exist.

2014-07-28
The Lizard People
Share
Previous Who Put the White Flags on the Brooklyn Bridge?
Next Top 10 Methods for Not Curing Cancer Hidden by BIG Pharma