Home / Religion / Why Apple Is the New Major Religion?

Why Apple Is the New Major Religion? 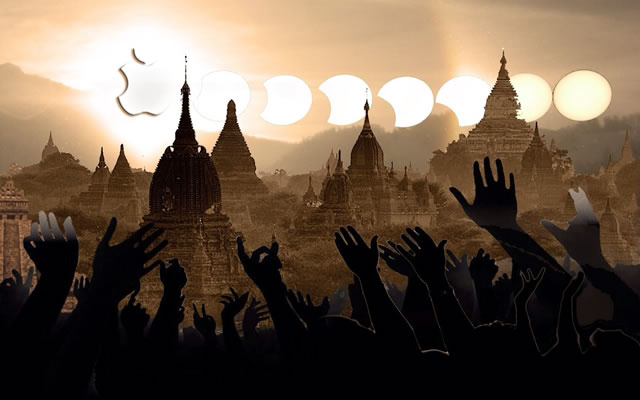 And on the fourth day he created the Sun, the Moon and the Apple. (Photo: ipadwallpapershop.com)

Apple have just released the latest incarnation of their iPhone, regular as clockwork, and very nice it is too. Naturally, the launch was accompanied by the usual media frenzy and early adopter love-in. However, beneath all the hype and moist pants we at TLP believe there lurks a dark secret.

Could it be possible that Apple are trying to achieve global domination by crossing into the world of religion? After all, what better way to brainwash gullible people and have them do your bidding without a moment’s thought? They already have more devout followers than most religions. In fact, with more than 500 million iPhones already in circulation, they’d rank fourth in the World Religion League.

And if you look beyond the brushed aluminium and user-friendly apps, the similarities to organised religion are quite sinister. For a start, Apple has countless acolytes who believe that those who choose the PC path are lost souls, worthy only of scorn. Then there is the promise of a better life for absolutely anyone; providing of course that they are willing to give themselves over to a comprehensive set of terms and conditions.

Oh, and their messiah is a dead guy.

Religions also require followers to ignore the bits that don’t work or make sense. Anyone who dares question the party line tends to be dealt with severely. At the moment, Apple users only tend to be mercilessly trolled on internet forums, but this is just the beginning. It took the other major religions a while to work up to stoning and crucifixion as well.

What is most worrying of all, though, is who EXACTLY might be behind this dastardly scheme. Apple make an absolute fortune hawking their shiny toys, but people would still buy their shit without the messianic undertones. So who else would need the unquestioning loyalty of half the planet? Who would benefit from people doing what they’re told no matter what, because they’re terrified of an imaginary friend?

We believe the answer lies in plain sight, i.e. within the logo itself. When is the first time an apple gets mentioned in a religious context? The Garden of Eden, that’s when. The innocence of mankind gone in a bite of an apple, just like there’s a bite taken out of the Apple logo. And when Adam and Eve tasted of the forbidden fruit, it was a serpent who persuaded them to do so. A reptile.

What other species is reptilian? 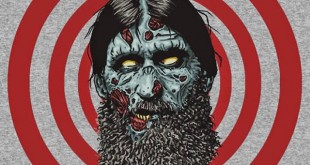